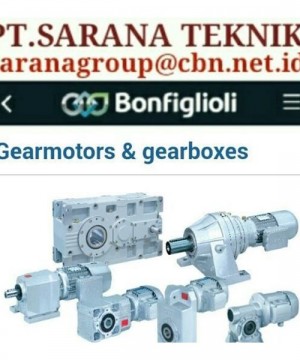 Perhatian:
Detail Jual BONFIGLIOLI GEAR MOTOR GEAR REDUCER GEARBOXES PLANETARY BRAKE MOTORS jakarta
Spesifikasi BonFIGLIOLI GEAR MOTOR GEAR REDUCER PT SARANA TEKNIK BonFIGLIOLI RIDUOTORI GEARBOXES PLANETARY BRAKE MOTORS jakarta
Spesifikasi Produk BonFIGLIOLI GEAR MOTOR GEAR REDUCER PT SARANA TEKNIK BonFIGLIOLI RIDUOTORI GEARBOXES PLANETARY BRAKE MOTORS
PT SARANA BonFIGLIOLI GEAR MOTOR HELICAL BEVEL PT SARANA TEKNIK BonFIGLIOLI WORM GEAR MOTOR- GEAR MOTOR PLANETARY - GEARBOXES MOTOR
Jumlah Pesanan: Tambah ke Keranjang
Kemas & Pengiriman BOX
Negara Asal Italia
PT SARANA TEKNIK EMAIL : saranagroup@ cbn.net.id
SELL :
BonFIGLIOLI RIDUOTORI
BonFIGLIOLI GEAR MOTOR
BonFIGLIOLI WORM GEAR
BonFIGLIOLI GEARBOXES
BonFIGLIOLI HELICAL GEAR MOTOR
BonFIGLIOLI BEVEL HELICAL GEAR MOTOR
BonFIGLIOLI PLANETRY GEAR MOTOR
Clementino Bonfiglioli was born in Bologna in 1928. His mother died soon afterwards and he was raised from birth by his grandparents.
His father emigrated, to return only 10 years later. Unfortunately he was killed in the war and Clementino was left alone. He dedicated himself to the study of engineering and graduated from the “ Aldini Valeriani” Technical Institute.
He began work as a designer and tester in leading gearbox companies in Bologna where he very soon came to appreciate how much growth that sector would soon enjoy as the result of developments in industrial automation in the Bologna area.
He therefore decided to strike out and set up on his own, and formed " COSTRUZIONI MECCANICHE BonFIGLIOLI " in 1956.
Experience and intuition led Clementino to design and patent new gearboxes, including a 2-stage planetary gearbox, that were to become key products for the next 15 years, establishing and consolidating the success of BonFIGLIOLI RIDUTTORI.
From that point onwards the history of Bonfiglioli has been that of a company that has always been able to read the signs of the times. Company acquisitions, research and the development of new products, the combination of mechanics with electronics, and internationalisation have all contributed to the growth of the Group, guided by the intuition and intelligence of Clementino Bonfiglioli.
Today Bonfiglioli is present in 17 countries worldwide and has exclusive distributors in more than 80 countries. It has two large plants in India and Vietnam, and is world leader in the wind energy market with a share of 30% .
This has all been possible thanks to a dream which became reality through an iron will, the ability to inspire enthusiasm in his staff and encourage them to achieve more and more, and through confidence in his own success – qualities that make Clementino Bonfiglioli a model for new generations of entrepreneurs.S
- See more at: http://www.agengearboxreducermotor.com/product/bonfiglioli-gear-motor-p221244.aspx#sthash.ruU5FdPN.dpufxsxsx
Loading comment details...
Loading transaction records...